Rights groups and civil society members in Myanmar have vowed to keep up their fight against the military authorities following the execution of four pro-democracy activists. 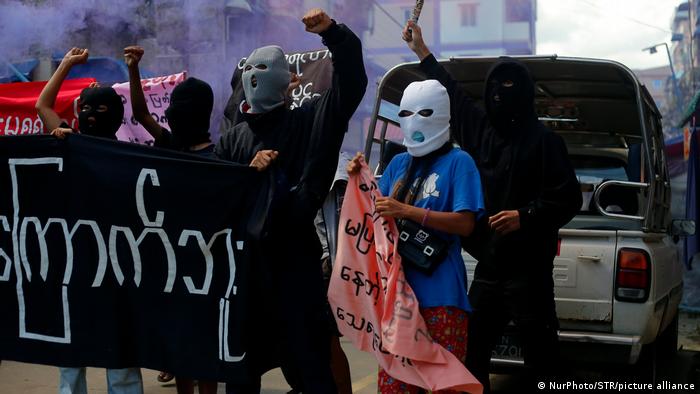 Thaw was a lawmaker from ousted leader Aung San Suu Kyi‘s National League for Democracy (NLD) party. The other two executed men were Hla Myo Aung and Aung Thura Zaw. They were convicted of killing a woman they allegedly believed was an informer for the military.

International rights groups as well as the United Nations have unequivocally condemned the executions.

Myanmar authorities have engaged in a brutal crackdown to quash protests against last year’s military coup. The Assistance Association of Political Prisoners (AAPP) activist group said that 2,100 people have been killed by security forces since the coup in February 2021.

Opponents of the military authorities told DW they will resist the authoritarian rule with even more vigor following the executions.

“There has been a wave of anger, sorrow and revulsion at the junta following the executions. These feelings have led to the strengthening of public resolve to continue the revolution,” Khin Zaw Win, director of Tampadipa Institute in Yangon, told DW.

Win, who was also a prisoner of conscience in Myanmar for “seditious writings,” said the executions marked a point of no return for the Southeast Asian country.

“With the executions, a new common ground has been established and this would help forge coordinated efforts. There can no longer be a case of sitting on the fence,” he added.

William San, a student leader, agrees with this view. “We will fight till the end. This is undoubtedly tragic but these executions will strengthen our resolve.”

Myanmar is currently in the grip of a nationwide conflict between the military junta led by General Min Aung Hlaing and his opponents, including ethnic armed groups, civilian militias known as the People’s Defense Forces (PDF), and the National Unity Government (NUG) that was set up by opponents of the military administration last April.

Since seizing power, the government has carried out several brutal military operations in the country. At the same time, the pro-democracy movement has transformed into a quasi-military force.

Many protesters have taken up arms to defend the civilian population from the regime, and opposition activists have formed the Campaign for Civil Disobedience (CDM) that has been organizing strikes and mass protests across the country.

Over a million people have been displaced internally due to the military actions, according to UN observers.

“More people will now organize themselves. The resistance will grow, and if the junta thought this [executions] was going to instil fear, it is terribly mistaken. Their misadventure will prove costly,” Salai Za Uk Ling of the Chin Human Rights Organization told DW.

A rights group representing the Christian Chin population, Ling, who has advocated for human rights and democracy in Myanmar for nearly three decades, said the memories of the fallen heroes of the “Spring Revolution” would not go in vain.

Dim hope for a peaceful resolution

Another member of the United League of Arakan (ULA) said the miliary regime has increased its use of terror by killing, torturing and raping civilians in the past 18 months. 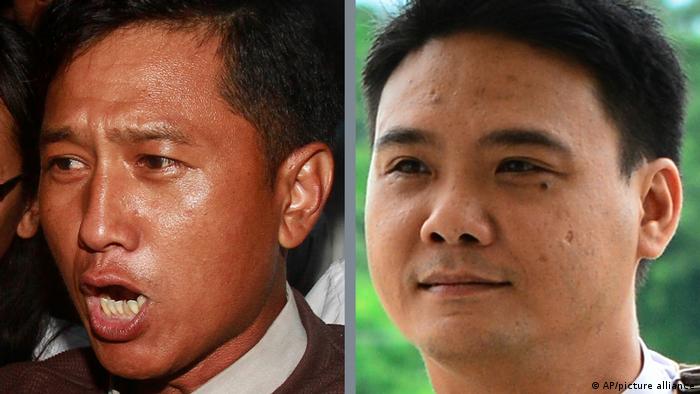 Myanmar’s mountainous ethnic regions have faced similar assaults in the past. Some of these ethnic fighters are now training the PDF in its battle against the military.

“Now there will be an increased integration with ethnic resistance organizations and we will mount a fierce resistance. We cannot afford the country to slip into a hopeless situation,” the ULA leader added.

According to the Special Advisory Council for Myanmar (SAC-M), an independent group of international experts working to support the struggle for human rights and justice in Myanmar, the junta has incarcerated at least 11,759 political prisoners without access to legal representation, and many have been sentenced to death since the coup.

There have been several reports of systematic torture in military detention centers.

“What makes these executions revolting is the military’s blatant attempt to gain judicial legitimacy despite the fact that the military court is a sham and a mockery of justice,” Chris Sidoti of SAC-M told DW.

Others like Isaac Khen from the NUG say the military is not ready to solve the country’s problems peacefully.

“This [the executions] is an eye-opener for those who believe the military leaders can be approached and that political solutions to the conflict can be found,” he said.

Myanmar activists vow to fight back following executions | Asia | An in-depth look at news from across the continent | DW | 26.07.2022