As penholder on Burma at the UN Security Council, the main responsibility for convening a meeting falls to the British government.

“The situation in North-Western Burma today has some echoes of the situation in Rakhine State in 2017 before the military offensive against the Rohingya,” said Anna Roberts, Executive Director of Burma Campaign UK. “We are seeing significant deployment of troops and military equipment, and escalating indiscriminate attacks against the civilian population. There is a real danger of a much more significant military offensive targeting civilians in Chin State and neighbouring areas.”

Chin State has seen some of the strongest resistance to the military following the coup on 1st February. In recent months the military has stepped up attacks in the region, with jets bombing towns and villages as well as heavy artillery being used against civilian targets. Hundreds of people have been arrested, dozens killed and thousands of people forced to flee their homes.

On Friday 15th October the Chin Human Rights Organisation released a report, Reign of Terror, documenting numerous violations of international law by the military, including arbitrary detentions and killings, indiscriminate targeting of civilians, targeted destruction of religious buildings, forced displacement and restrictions on humanitarian access. The report is available here.

On 8th October a spokesperson for the UN High Commissioner for Human Rights issued a statement concerned about the escalating military attacks and increased military deployment, stating:

“Alarming reports indicate that there has been subst 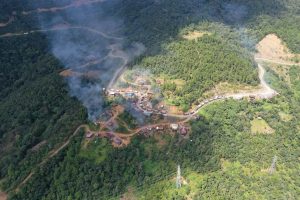 antial deployment of heavy weapons and troops by the Myanmar military, the Tatmadaw, over the past few weeks in Kanpetlet and Hakha townships in Chin State; Kani and Monywa townships in the central Sagaing region; and Gangaw township in Magway. Two high-level commanders have also been deployed to the area and the internet has been shut down.”

“We urge the international community to speak with one voice, to prevent the commission of further serious human rights violations against the people of Myanmar.”

The statement is available here.

The UN Security Council has completely failed to take any effective action in response to decades of violations of international law by the military, including genocide, or to take any effective action since the military coup. The possible prospect of another large scale military offensive against civilians must now be the catalyst for action. It will be impossible to know for sure that a large scale military offensive is planned until it begins. Waiting until an offensive begins is too late, the UN Security Council must act now to prevent the risk of an even bigger human rights and humanitarian disaster unfolding in North-Western Burma.

“The UN Security Council must not repeat the mistakes of 2017 when it ignored calls to meet and to send a strong message to the military that attacks against the Rohingya would not be tolerated,” said Anna Roberts. “Now is not the time to wait and see what happens, now is the time for the UN Security Council to act, to send a clear warning to the military that they will not get away with any large scale offensive.”

Burma Campaign UK is asking supporters to email Liz Truss MP, Foreign Secretary, calling on her to convene an emergency meeting of the UN Security Council.