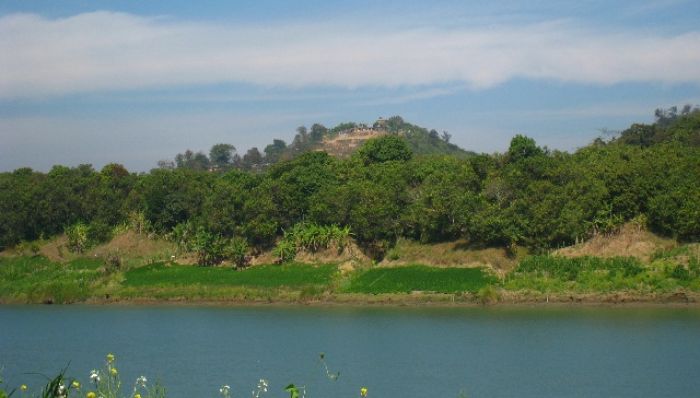 Rachel Fleming has spent the past four years working as Advocacy Director at the Chin Human Rights Organization (CHRO). She recently visited Paletwa township, her first trip to Chin State. Here, in the first of a series of articles for Chinland Guardian, she writes about the issue of poverty from a human rights perspective.

Less well-known is the widening disparity between levels of abject poverty in Chin State and the rest of Burma.  25 percent of people in Chin State live below the ‘food poverty’ line, meaning they spend ALL of their income on food. This level of extreme poverty is five times higher than the national average, compared with four times higher the last time statistics were compiled, in 2005.

So why is poverty such a huge problem in Chin State?

Discrimination as a root cause

Any sound analysis should adopt a human rights approach.  According to the UN Guiding Principles on Extreme Poverty and Human Rights, “Poverty is an urgent human rights concern in itself. Not only is extreme poverty characterized by multiple reinforcing violations of civil, political, economic, social and cultural rights, but persons living in poverty generally experience regular denials of their dignity and equality.”

At the heart of the matter is discrimination. Discrimination and poverty are inextricably linked, as emphasized by the UN Special Rapporteur on racism. The Chin experience many intersecting forms of State-sanctioned discrimination, based on their ethnicity (Chin), religion (predominantly Christian), language (for most Chin, Burmese is their second or third language), and socio-economic status (the poorest in Burma).

State-sanctioned discrimination manifests itself in a myriad of ways.  Firstly, it is evident in government neglect, as noted by Mr. Quintana, UN Special Rapporteur on the human rights situation in Burma.  Basic road, electricity, and communications infrastructures are still woefully inadequate, leaving Chin State isolated from the rest of country. There are not enough schools or healthcare facilities to meet the basic needs of the population, and they remain chronically understaffed.

Secondly, discrimination is evident in the lack of effective participation in public and economic life for Chin Christians in particular, with very few holding senior government positions in Chin State or elsewhere in Burma.

Thirdly, over the past two decades State-sanctioned discrimination has manifested as a pattern of pervasive human rights violations perpetrated against the Chin by State actors.

During my time at CHRO, I have interviewed well over one hundred Chin refugees in different contexts in Malaysia and India.  As a root cause of flight, the pattern of human rights violations at the hands of the military and other State actors is crystal clear to me.  But over the past four years I have also encountered many prejudiced attitudes towards the Chin, from other Burmese. “Oh, the Chin are just poor. They’re not genuine refugees, just economic migrants,” is a remark I have heard all too often.

It’s true that when I ask a Chin refugee about the main problem they faced in Burma, usually they start by saying they are poor. The head of a household will explain he couldn’t harvest enough rice to feed his family.  When I dig deeper, a disturbing pattern emerges. Land confiscation, reducing the available land for a family to cultivate; portering or other forms of forced labour several times a year, preventing family members from tending to their farm as often as needed to maximize crop yields; and soldiers misappropriating rice, chicken, or livestock at gunpoint, leaving families going hungry.  Typically, a person will reach a tipping point, and decide to flee.  For many I have interviewed, that point came after the third, fourth, or tenth experience of portering or other form of forced labour.

A 2011 Physicians for Human Rights (PHR) report – based on a quantitative survey of human rights violations experienced by Chin households between 2009 – 2010 – found that almost 92 percent of Chin households surveyed were victims of forced labour within that year.  On average that year, each household was subjected to forced labour three times. PHR concluded that this, and other grave human rights violations perpetrated against the Chin by State actors, amounted to crimes against humanity.

The role of the State

Poverty has been created, perpetuated, and exacerbated by acts and omissions on the part of the State, underpinned by discrimination.

On the one hand, the government is failing Chin people in its obligations to provide basic infrastructure and services to ensure that Chin can enjoy their rights to an adequate standard of living, adequate food and nutrition, water and sanitation, education, and the highest attainable standard of physical and mental health.  Such failure – rooted in State-sanctioned discrimination – has both created and perpetuated abject poverty.

On the other hand, in the case of Burma and Chin State in particular, pervasive human rights abuses committed by State actors – particularly forced labour and land confiscation – have seriously undermined Chin livelihoods over the past two decades, and undoubtedly exacerbated levels of extreme poverty.

Thankfully, the overall prevalence of human rights abuses committed by the military and documented by CHRO since President Thein Sein’s government took power in 2011 has declined.  However, CHRO continues to document serious violations, including land confiscation without adequate compensation, and violations of freedom of religion or belief.  As long as such abuses are ongoing, the cycle of poverty and discrimination will continue. At the same time, communities are still dealing with the long-term economic, social, cultural, and health consequences of pervasive past violations, with no access to justice or forms of redress available to them at present.

Solutions for tackling poverty in Chin State must be rooted within the human rights framework.  It goes without saying that human rights abuses must stop; but this will only happen if positive steps are taken to end recurrence. These include wide-ranging measures to end all forms of discrimination against the Chin. Accountability for past violations is also a highly effective deterrent; but at present impunity remains deeply entrenched in Burma. It is for the Chin people themselves to debate and potentially pursue different elements of transitional justice, with support from organizations like CHRO. These could include the restitution of land confiscated by the military and other reparations for the harms suffered.

Massive investment in basic infrastructure and services is urgently required in Chin State. But any strategy or development programme aimed at poverty reduction in Chin State – be it led by government, international donors, UN agencies, INGOs, NGOs, or civil society organizations – must be implemented in accordance with the UN Guiding Principles on Extreme Poverty and Human Rights. These include: effective and meaningful participation; equality and non-discrimination; and transparency and accountability.

Only with the full enjoyment of their basic human rights, including the right to effective participation in public life – plus access to justice for past violations – will the Chin have a chance to break the vicious cycle of poverty and discrimination and determine a brighter future for themselves.