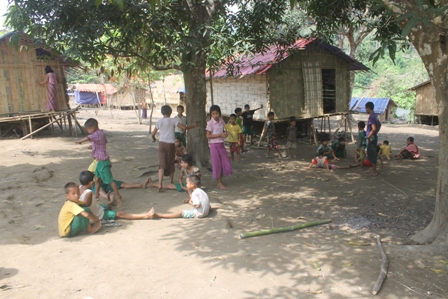 On 24th Jan, 2019 the Township Administration officer from Mindat General
Administrative Department, Southern Chin State, issued an order that permission needed to be applied for two weeks in advance in order to hold religious ceremonies and trainings, meetings, workshops by INGO/NGOs, reported by a local to the Chin Human Rights Organization.

He continued that in the order, it is stated that in the application for conducting the training, facts such as affirmation letter of applicants, short biography of trainers, summary of the subject, banner of the training, number of trainees, recommendation letter from ward/village tract administration officer and police station, and date and time of training have to be submitted two weeks in advance and conducting training will be only allowed when the application is approved.

In relation to the above matter, a staff member working at a civil society organization based in Mindat said, “In order to conduct training in a village just for two or three days, we will have to get recommendation from village administration officer and return to Mindat, and have to submit letter of request to government two weeks in advance. Therefore, it will cost about 1 lakh Motorbike fare for a round-trip journey from Mindat to a village. It also depends on the availability of villagers to attend training and so, we can’t set exact dates by ourselves”

As transportation is difficult and motorcycle fares are unaffordable, villagers complained that it would be impossible to go to the village administration officer for a recommendation letter. One villager told CHRO:

“There is no mobile communications network in the villages and so, we can’t communicate in advance and it is a huge difficulty to get recommendation from village administration officer. It is true that all events are held with prior permission in the urban areas but the obligation to ask for permission from Chin state government even for a short-term education program in remote area is unrealistic. We civil society organizations are not rich and therefore, we can’t spend too much money for transportation. It is like bullying us.”

In the above-mentioned order, it is also stated that the Ministry of Religious Affairs and Culture have instructed the fact that maintenance, repair, renovation and construction works of Buddhism, Islam, Christian and Hindu religious buildings in districts and townships of Chin state have to be done only after obtaining permission from Naypyitaw Council and relevant region/state government.