A Chin woman was killed inside her home when an artillery fired by LIB 266 from the Tactical Command base in Hakha landed in Hniarlawn Village this morning at around 9:30 local time. Cia Hnem, 58, was dead and her home destroyed by a direct hit from artillery shell believed to be a 120 mm round. A youth in the village was also injured in his upper arms in the explosion. 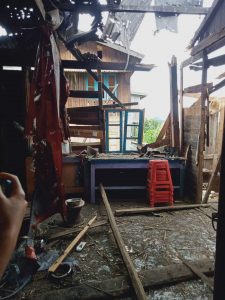 The incident followed a fire fight earlier in the morning near the Chin State Ministerial Residential Compound, located on the edge of Hakha on the way to Hnianlawn Village. 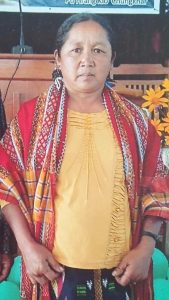 Cia Hnem, 58, was killed in the attacks 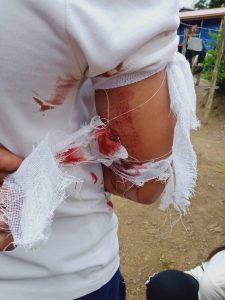 At least a third of the village has been evacuated as villagers fear more possible attacks.

Similarly, on February 13, 2022, two pastors were injured when the same Battalion deliberately fired artillery on the village.

On July 25, 2022, a 22 year-old church worker was shot and killed by members of LIB 266 when soldiers stormed the village. During the raid, the soldiers pillaged the village and looted valuables and goods from over 67 houses in the village while villagers were fleeing.