Since 1 Feb 2021, there have been 45 politically motivated arrests of the Chin population in Rakhine and Chin States. On 1 Feb, 9 members from the democratically elected government were arrested in the middle of the night including the Chief Minister, Ministers of Immigration, Agriculture, Livestock and Irrigation, Social Affairs and Planning and Finance. Furthermore, the Speaker and Deputy Speaker of the house were arrested and remain detained. Held at the tactical command in Hakha, the condition of the elected representatives remain unknown.

On 10 Feb, the junta then initiated a wave of arrests of 24 Union Election Commission (UEC) members representing all townships in Chin State and taken to military bases across the state. As protests began, a number of civilians have also been arrested for exercising their right to peaceful protest. On 4 Feb, police arrested four youths and an elderly man in Hakha who were charged under the Penal Code’s 447 specifications on causing “mischief” as they engaged in the nationwide 8 p.m. protests against the coup. As they were detained all were forced to sign confessions at the police station and were given 8-day prison sentences under the legislation.

On 9 Feb, a further 6 youths from Ann Town, Rakhine State were arrested for engaging in peaceful protests in response to the military coup. They have been charged with Art. 25 of the Natural Disaster Management Law and are remanded in custody. They could face up to three years in prison under the legislation.

The detention of Myanmar/Burma’s elected leaders held incommunicado and without the right of habeas corpus is unacceptable. Furthermore, authorities should immediately end arbitrary limits on freedom of expression, information, peaceful assembly, and association which currently poses grave threats to the liberty of all citizens in the country currently protesting the actions of the military junta. 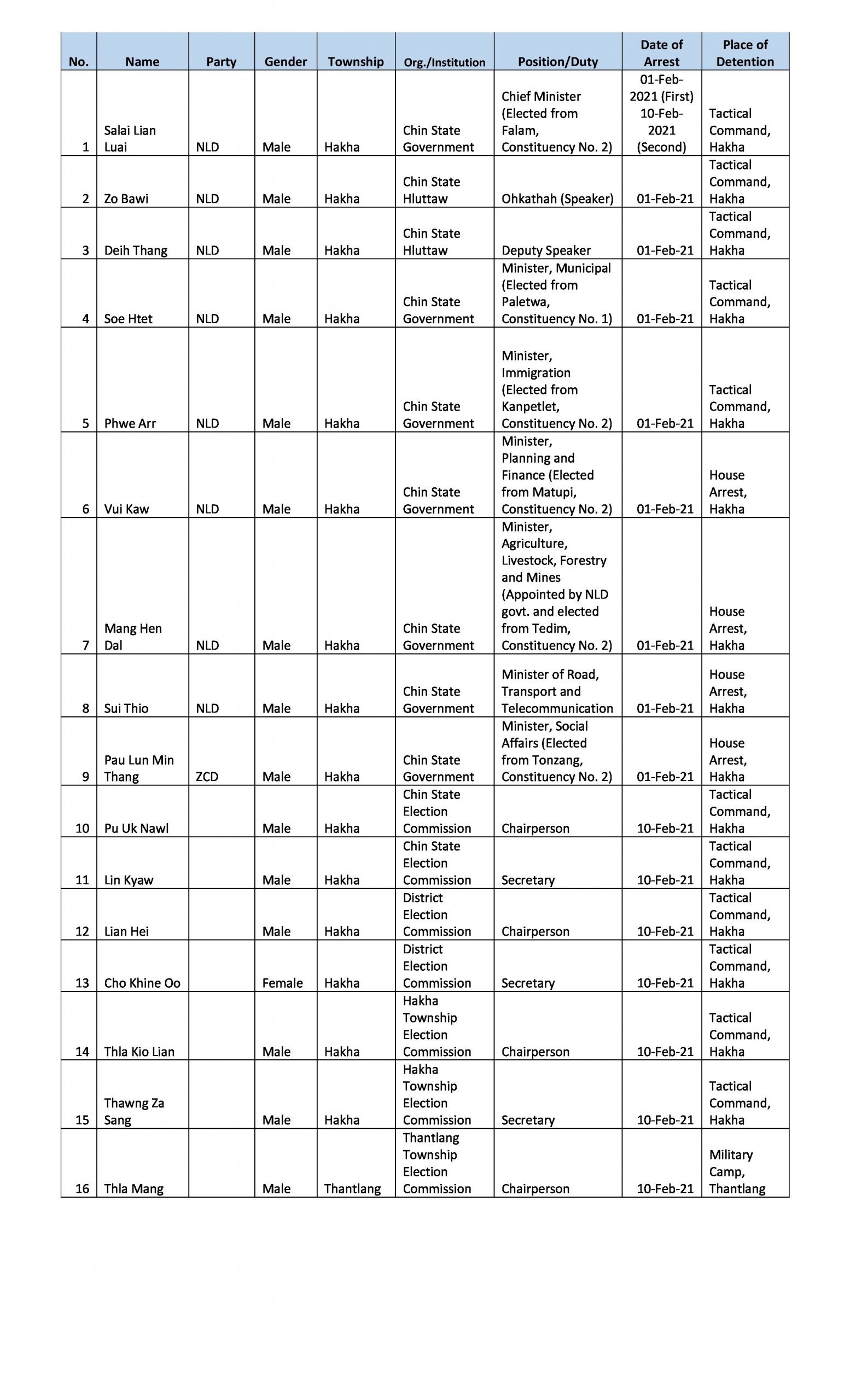 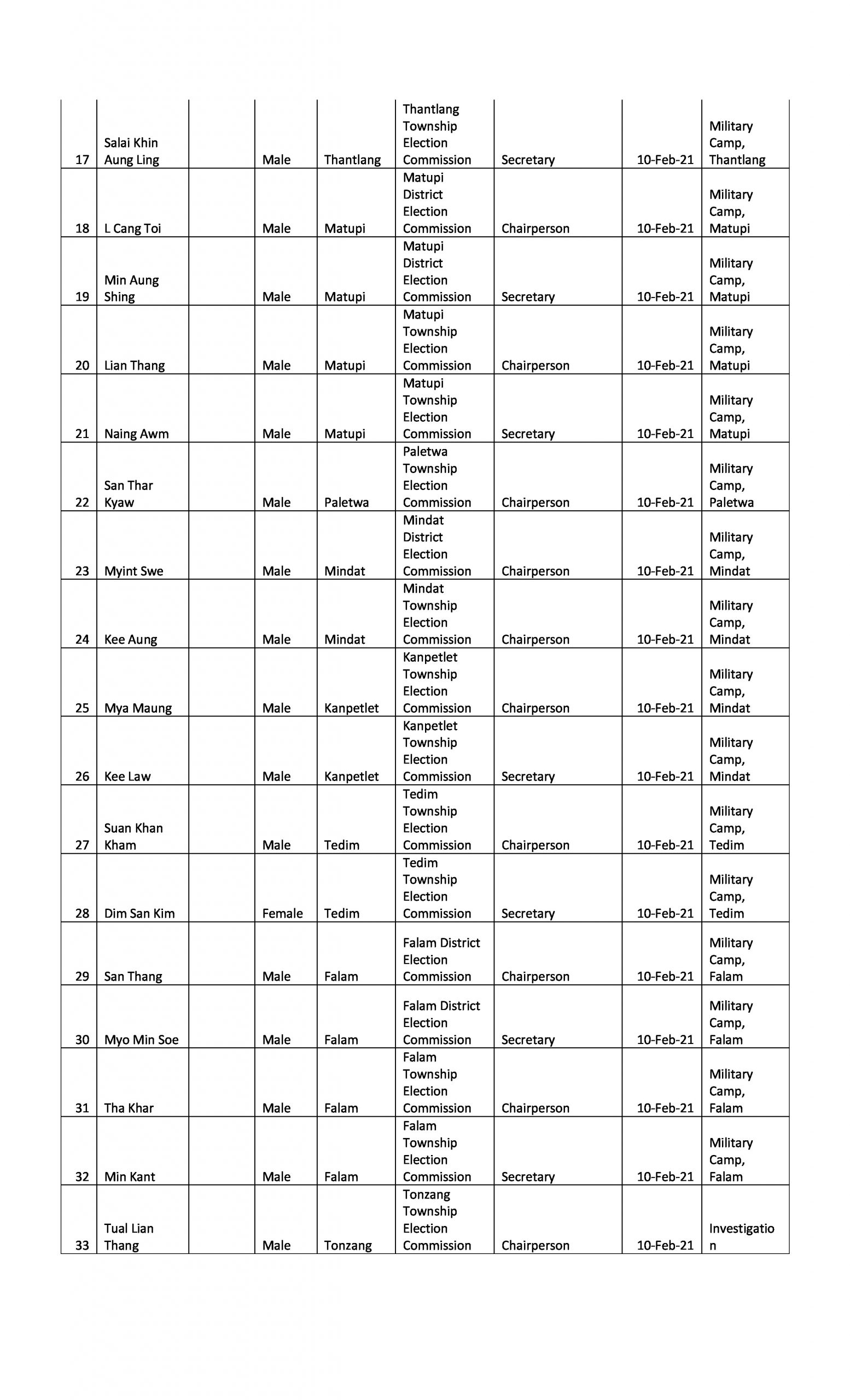 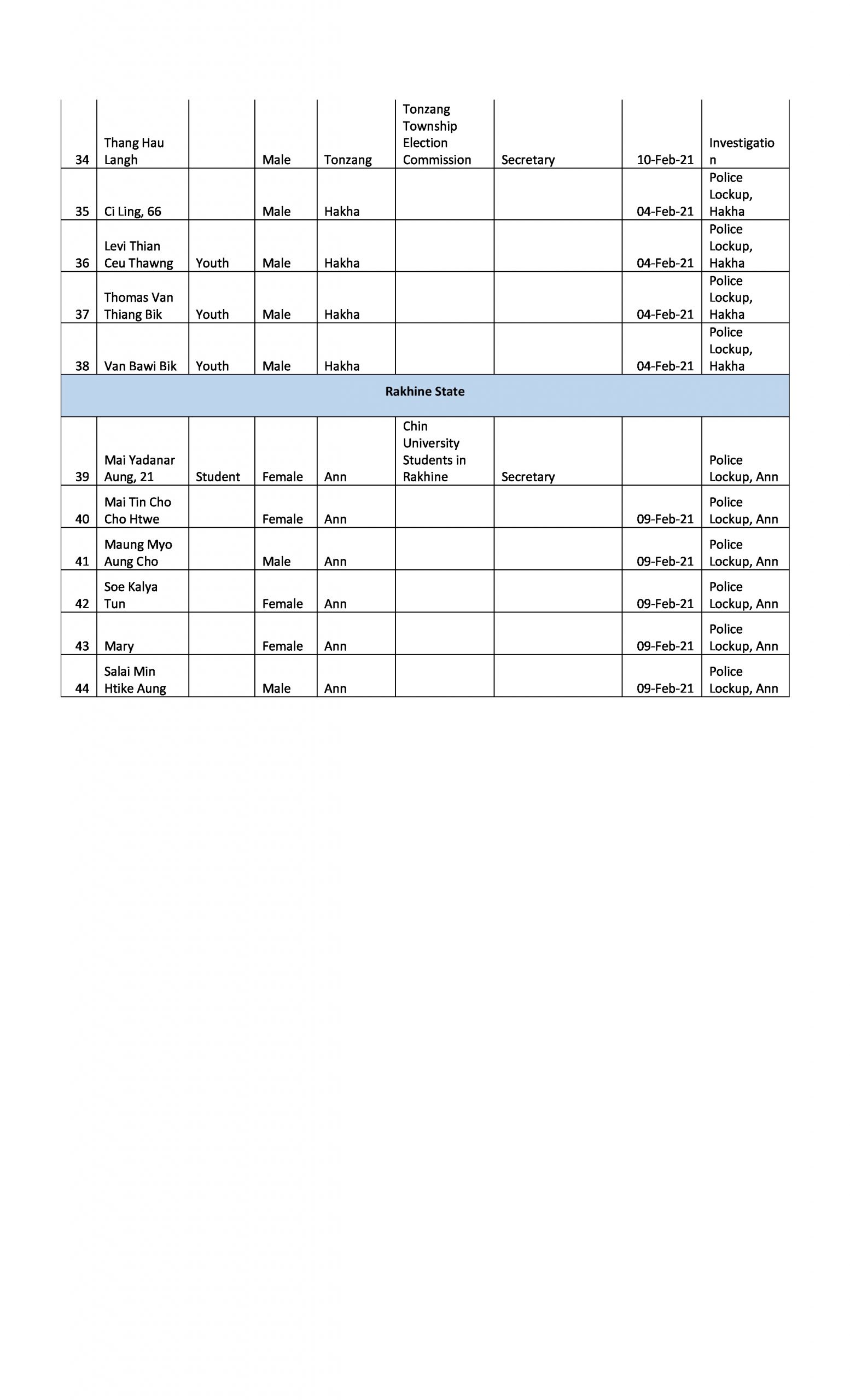