Chin Human Rights Organization has confirmed that on the morning of July 25, 2022 (Monday) at around 11:00 am local time, junta forces from Hakha-based LIB 266 shot & killed a 22 yr-old Church worker at Hniarlawn Village. Salai Mang Lian Sang was killed after being shot in the leg while trying to provide cover for panicked children running around in the playground when soldiers stormed the village. 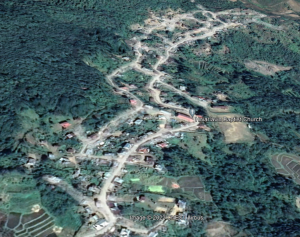 Hniarlawn Village is located on the outskirts of Hakha Town

The entire village fled in fear and were hiding in the forest near the village. The victim’s lifeless body was discovered by some villagers who returned to their village after the soldiers had left.