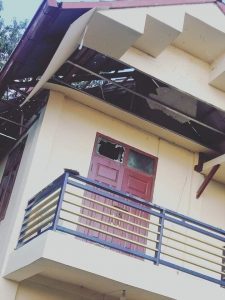 A church and adjacent houses in a residential neighborhood were damaged in what appears to be a targeted attack by Burmese troops on Friday night, 6 August in Kanpeltet Town, southern Chin State. Junta soldiers fired mortar rounds and sprayed automatic gunsfire on a local Baptist church and nearby residential houses starting at around 8 pm and lasted till 11 pm, in what community leaders described was a warning and punishment for them ‘not being able to control the youths’ who are accused by the soldiers of engaging in armed resistance against the junta. The local chapter of the Chinland Defense Force (CDF-Kanpetlet) said its members were not involved in a firefight on the night in question, suggesting that the junta soldiers were deliberately attacking civilian neighborhoods as a warning to the youths.

A local youth who informed CHRO of the Friday night incident said, “We had to hide ourselves in a wardrobe the whole time our surroundings were being shelled. The houses that were attacked have been used as shelters when attacks like that happened in our town.” The attacks damaged the church and several other houses nearby. 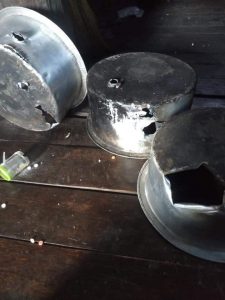